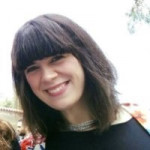 Burkholderia cenocepacia is an opportunistic pathogen capable of establishing infection and causing disease in Cystic Fibrosis (CF) patients and other immunocompromised individuals. The intrinsic resistance to several classes of antibiotics, the large panel of virulence factors and ability to adapt to various environments facilitate B. cenocepacia colonization and persistence in their hosts. The B. cenocepacia arsenal of virulence factors is wide and diversified and include specialized surface exposed proteins. Among those, Trimeric Autotransporter Adhesins (TAAs) represent a unique class of proteins known to play relevant roles in pathogenicity. The general objective of this thesis is to gain an in-depth knowledge regarding the early steps of B. cenocepacia-host interaction, particularly elucidating the roles played by TAAs in that process. The results allowed the functional characterization of two B. cenocepacia TAAs – BcaC and BCAM2418. Both were found to be multifunctional proteins and important players during the bacterial adhesion to cells and extracellular matrix components. The expression of those TAA genes proved to be under fine-tuned regulation. bcaC was negatively regulated by a neighbor histidine kinase while BCAM2418 expression increased upon initial contact of bacterium with the host cell. Elimination of O-glycans both from mucins and surface of bronchial epithelial cells was found to turned BCAM2418 gene expression off and impaired bacterial adherence. The use of an anti-BCAM2418 antibody caused a marked reduction in the adhesion of B. cenocepacia to bronchial cells and mucins and an inhibition of in vivo virulence. Using glycan microarrays, host glycan epitopes for BCAM2418 were predicted and Burkholderia species were found to interact in different ways with distinct classes of CF-associated carbohydrate moieties. Finally, B. cenocepacia transcriptional modulation and adaptation to the host upon the initial contacts was assessed using giant plasma membrane vesicles (GPMVs) as a cell-like alternative. RNA-sequencing analysis demonstrated that the early physical interactions between bacteria and GPMVs caused a shift in the transcription of genes related to central metabolism, transport systems, and virulence traits, including many associated with the adhesion phenomena. Overall, the work supports the importance of the early contacts between bacteria and host cell as a crucial step for B. cenocepacia infection and opened new insights regarding the bacterial adaptation that take place in the early stages of infection.